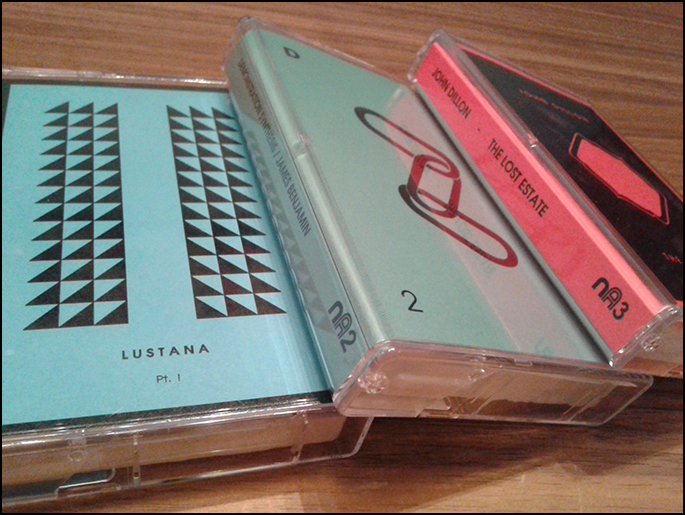 Much like suckers, there’s a cassette label born every minute. And while a lot of those new labels tend to be suckers, creating mountains of unnecessary plastic and magnetic tape, some shine through the gratuitous gobbledygook. One of those new labels sparkling in the sludge is Never Anything Records. Never Anything recently released their first batch consisting of three tapes; A refreshing mixture of poignant pop and brisk synthesizer alchemy. A lovely, chill start to a label that already seems fully realized. I caught up with Never Anything with a few inquiries. Shall we?

Who are the humans behind Never Anything? Where does everyone live and what (if any) bands/projects/etc is everyone involved with?

Never Anything is myself, Jeff Lane, Tyler King and Clay Mahn. Tyler and I are residents of Portland, Oregon, and Clay just moved to Chicago from Portland to get an MFA at SAIC, where, oddly enough, I received my MFA before moving back to the PNW. I’ve been recording under the name Tereshkova since around 2010-11. Tyler has been featured on almost every Tereshkova cassette in some capacity, whether it was adding drums, synth lines or what have you. In March I recorded my first album with a band (still under Tereshkova), which consisted of Tyler, Clay, and a friend of ours named Salvador Perdomo, and that album, Bouquet Slush, is coming out on Already Dead Tapes in November. Clay’s project, Lustana, was NA-1, the first release on our label.

What/who inspired you to start a tape label? Did any other cassette labels influence you at all?

I think the desire to start a tape label was a natural progression for me. After having my albums released on tapes, it seemed inevitable that sooner or later I would get involved, because I really wanted to.

In terms of label influences, the number one visual aesthetic I’d say that we have or talk about is Wergo Records. For the uninitiated, it was a German label founded in the 60s that put out primarily avant-garde classical gems. Their early vinyl covers are beautiful. But, in terms of the cassette landscape, I would say that as a direct result of releasing material, the labels who put out my stuff were very influential to me: Rok Lok, Lillerne, Teen River, Already Dead, Illuminated Paths and Night-People. From each experience I learned a little bit about what I liked about labels, and maybe what I didn’t as well.

I very much appreciate the modus operandi of Teen River (RIP? for now? I know Jake Acosta is running Lake Paradise, which is an awesome label anyone reading this should check out) and Already Dead in terms of being down to release a diverse array of material. Night-People have that amazing unifying aesthetic where the entire catalog transcends the normal parameters of a label to become one huge art piece, which I admire. I think these two elements are very important to us: having a unified look/impression, and releasing music that is “good” to us, whatever that might mean, regardless of trend, and definitely not in a singular vein or niche. I’d like to avoid pigeonholing ourselves as a label that releases only X kind of material. Our goal is to be surprising, yet consistent, but this is also contingent upon the music we receive (send now: neveranythingrecords@gmail.com).

I really dig the look of this first batch. Who did the artwork and decided on the template? Are they elements that you think will be a permanent thing with Never Anything releases?

Clay Mahn did the artwork and decided on the template for the first batch. He’s the engineer of our aesthetic. We talked a lot about the look of the tapes, and from the beginning, we knew we wanted a strong, fairly minimal design that continued from batch to batch and also allowed for variation while still remaining within our established visual context.

Your logo is two reels, one loaded with tape and the other empty. On the Demonstration Synthesis & James Benjamin collab (NA2) both reels are loaded. Why is that? (my guess: because it’s a collab? sorry for the silly question. haha)

Good observation, and not a silly question at all! The colors of the reels, or the appearance of two loaded reels, is purely a design choice. Clay wanted variation between the logos. Going forward, the general design of the logos will remain, but their colors will definitely change depending on j-card color, etc. We want to have some fluidity rooted within our visual frame of reference.

Tell me a little bit about your first batch. Where did you first hear these artists?

Clay is one of my best friends, and I heard his Lustana project develop from the ground up. We spent a lot of time in his art studio listening to his recordings at full blast, drinking beers, talking about song structures and album flow. His album was definitely an impetus to starting the label as well.

Dillon Sturtevant, who records as John Dillon, is a friend who I met while living in Seattle. He sent me some of his early demos, before he’d had the songs completely hashed out or the groundwork for Never Anything had been established, and I thought they were fantastic. When he sent me the final mix of the album, I asked him if we could release it in our first batch and he was kind enough to oblige. He’s a great, really talented guy.

I’d been an admirer of Daniel Leznoff’s work since his DS6 release came out on 5cm Recordings. His Demonstration Synthesis project has been one of the most consistently imaginative synth enterprises around. I sent him an email asking if he’d like to be in our first batch, and luckily he had this very cool collaboration with his friend James Benjamin to offer.

The first three tapes appear to be home dubbed. Was that out of necessity or by choice?

We dubbed the tapes at home more by choice than necessity. In setting up the label, part of the fun was acquiring the tape decks, learning their capabilities and limitations, and tackling the inevitable technical problems that arose. While home dubbing can take up lots of time, the process definitely strengthens our personal connection to each release.

What’s up next for the label?

Next up for the label is a December or January batch. I’m pretty excited to release a Tereshkova album I’ve been working on for the past four months or so called “Golden Tomgirl”. Right now we’re talking to a couple of artists about getting involved, so we’ll see what happens. Again, if you’d like your music considered for Never Anything, hit us up. 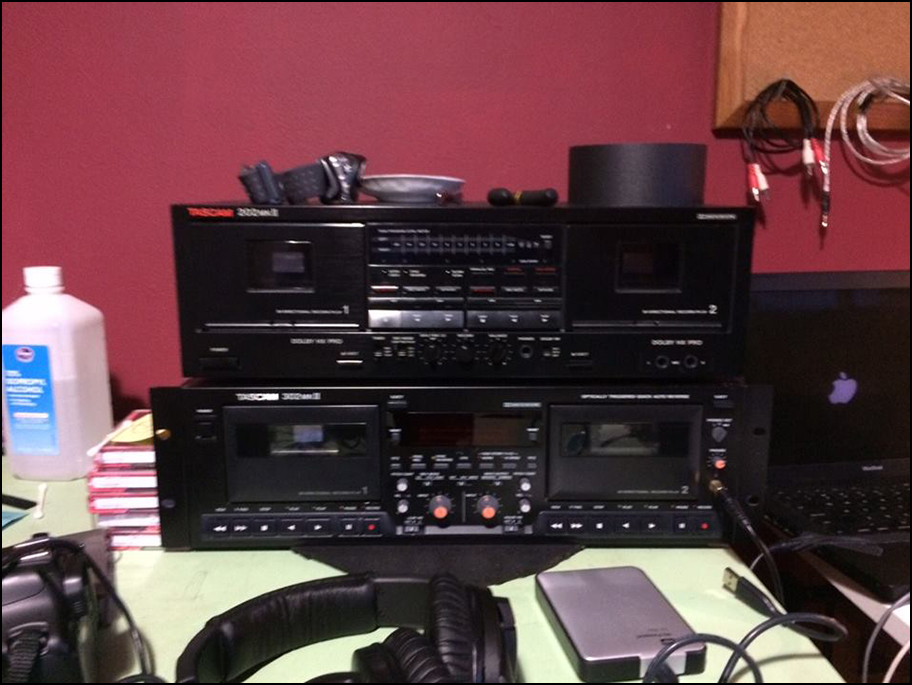