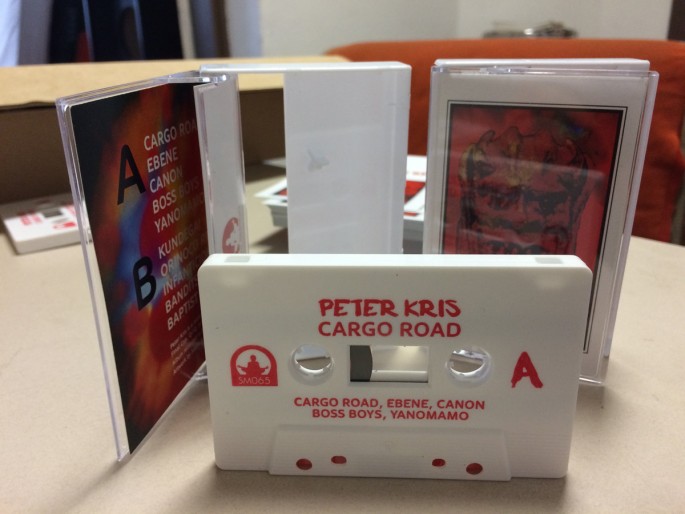 Now THIS is how my Fourth of July party should have gone. Released on the holiest of holy days, America’s birthday, “Cargo Road” by THAT Peter Kris, the one we’re contractually obligated as writers to always say is a member of German Army, Q///Q, Germ Class, and Final Cop (god we’re boring as ASSSSSSSS), directs our stimulus-starved attention toward the night sky. But these ain’t your Tennessee/Alabama fireworks – even though you ought to be a big kid before handling them. These internal, emotional cherry bombs don’t blow out in big percussive lightshow spectaculars. Nuh-uh – “Cargo Road” is the equivalent to a time-release cigarette fuse, where the greatest show you’re going to get is the slow burn of the tobacco as it makes its way ever closer to ignition. Peter Kris is a master at filling the silence once the fuse is lit, reflecting the detail of the embers as they burn long after you’ve left the scene.

So you’ve wandered off, almost forgetting about the little cracker that’s gonna freak somebody out in like ten minutes or so, and you lay on your back in the grass next to a bonfire, your eyes trained upward into the darkness, the night sky of your vision filled not with Grand Finales but a hundred thousand tiny sparks drifting in random patterns. You’re surrounded by friends, and everything is new and ahead of you. Peter Kris’s music drifts through your mind, the restrained and effected solo guitar and bass wanderings a meditative starting point for imagining the rest of your life. I mean, this IS on Sonic Meditations after all, so none of these words should surprise you. And as ruminative as these passages are, there’s no reason not to be filled with hope and joy. Just look around you! Surrounded by loved ones. Beaches and bonfires, midnight camaraderie, the Peter Kris Inland Empire way via whatever the hell city or town you call home. Now THAT’S what I’m talking about, America! That’s something I can get behind and believe in.

Our friend Justin Wright aka Expo ’70 pressed 65 of these handsome cassette tapes, so go on ahead and complete that GeAr collection you’re secretly curating. I’m woefully behind, but I see you.

Oh shit I forgot about the time-release!