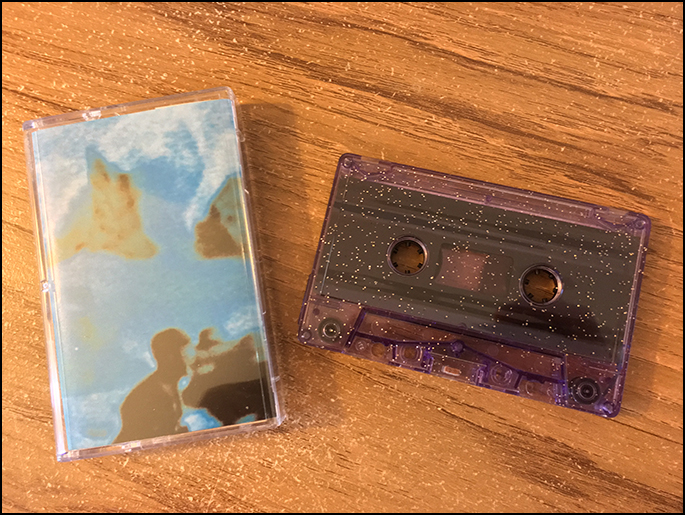 This was my introduction to A Bleaker Teen Lip and the FTAM Productions label. That said, if you look down at the credits, you’ll notice the mastering was handled by the venerable Andrew Weathers, whose accelerating output is often a mark of quality. This holds true on this release.

“Downgraded Saved Arrow” is comprised of a live set on the first side, and reworkings of that set on the second side. This particular set isn’t especially groundbreaking, but it compensates in sheer energy and execution. Much of the album consists of what sounds like effects pedal worship, bursts of sounds, distortion, and squeals. For fans of this approach, the music often depends on urgency, a willingness to be extreme with respect to volume, and presenting ebbs and flows in the sound to avoid monotony. By that measure, the live set and the reworkings succeed.

A Bleaker Teen Lip also introduce little touches that I prefer in this sort of recording. There are sampled and sliced up vocals and sounds, hissing cuts through samples the sound like paper torn at hyper-speed. If you’ve heard a few John Wiese albums, you have the right idea. I found that these elements managed to positively accentuate what sounded like screams, yelps, and other vocal manipulations. The power violence-like yelps and yips just work against the sound manipulations and noise.

All this said, I find “Downgraded Saved Arrow” to be a good genre exercise more than anything. It’s probably safe to say that this hits the pleasure centers for me that are housed in my mid-00s NYC noise scene nostalgia. If you’re deep into this sound, I think there are moments where you’ll listen and feel A Bleaker Teen Lip know what they’re doing. On the other hand, if you’re deep into this sound, you should know what this is about already.

I think the conclusion is clear: this document of A Bleaker Teen Lip’s live show should be enough to convince you to go check them out. In a live setting, the power of this music is inescapable. As a standalone piece of art, you could get an interesting listen or two out of this, but probably nothing that will supplant some of your go-to noise records.