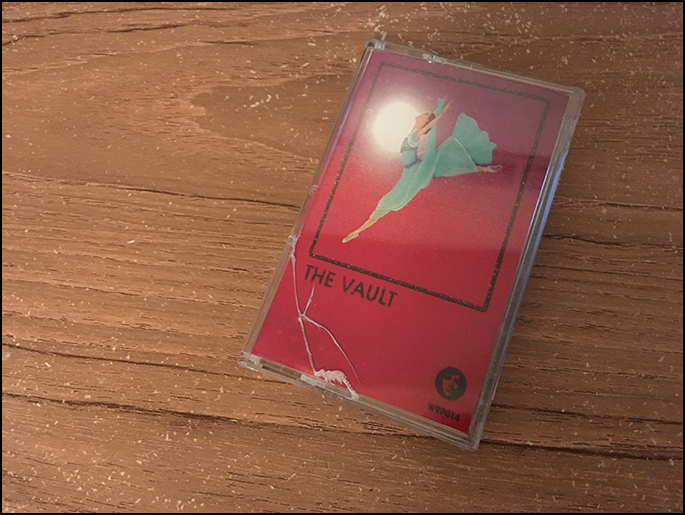 Supervolcano’s “The Vault” is a fascinating, mysterious album. It occurred to me that the point of emphasis here is distance and spacing. The distance here comes into play in a few ways. The final product here, the recording, is quite removed from its original sound source. A meme, of all things, came to mind while listening: in the exploding mind meme, the most “enlightened” approach was a musician creating a tape “by holding a Walkman up to the computer speakers.” While I’m sure that’s not the approach here, the joke raises a question: do we take the recording at face value, or do we simultaneously, subsequently, whatever, consider what methods were used to create the recording, how it sounded before the final treatment?

This is important on “The Vault.” Because, behind the distance between the mics and what was recorded (or the artificially produced distance), under the Gaussian blur, there are instruments. There are rooms. And none of these things sound quite like they sound on this tape. Much like the recent output from the equally mysterious Korea Undok Group, we have what can be appreciated as, when removing context, as what one might imagine a time capsule recording to sound like. It’s decayed, the loops are organic in a way the might indicate degradation and technical failure. Indeed, as the tape progresses, these qualities become increasingly prominent.

If not for the fact that the digital version sounds practically identical to the tape one, it would be possible to consider it possible that the approach in the above meme produced this tape. But these were intentional choices. The aesthetic, rife with obfuscation, patient, and pregnant with hallways and spaces, collapses in upon itself – we were meant to listen because it was released, and yet the alienation is certainly purposeful, if not overwhelming. Outside of the Korea Undok Group output, I can’t think of an album that I immediately reconsidered if I had even paid attention to it (as that’s how fleeting and ephemeral is tries to be), and yet was haunted by it well after its completion.

Copies of this C30 are available from White Reeves Productions.